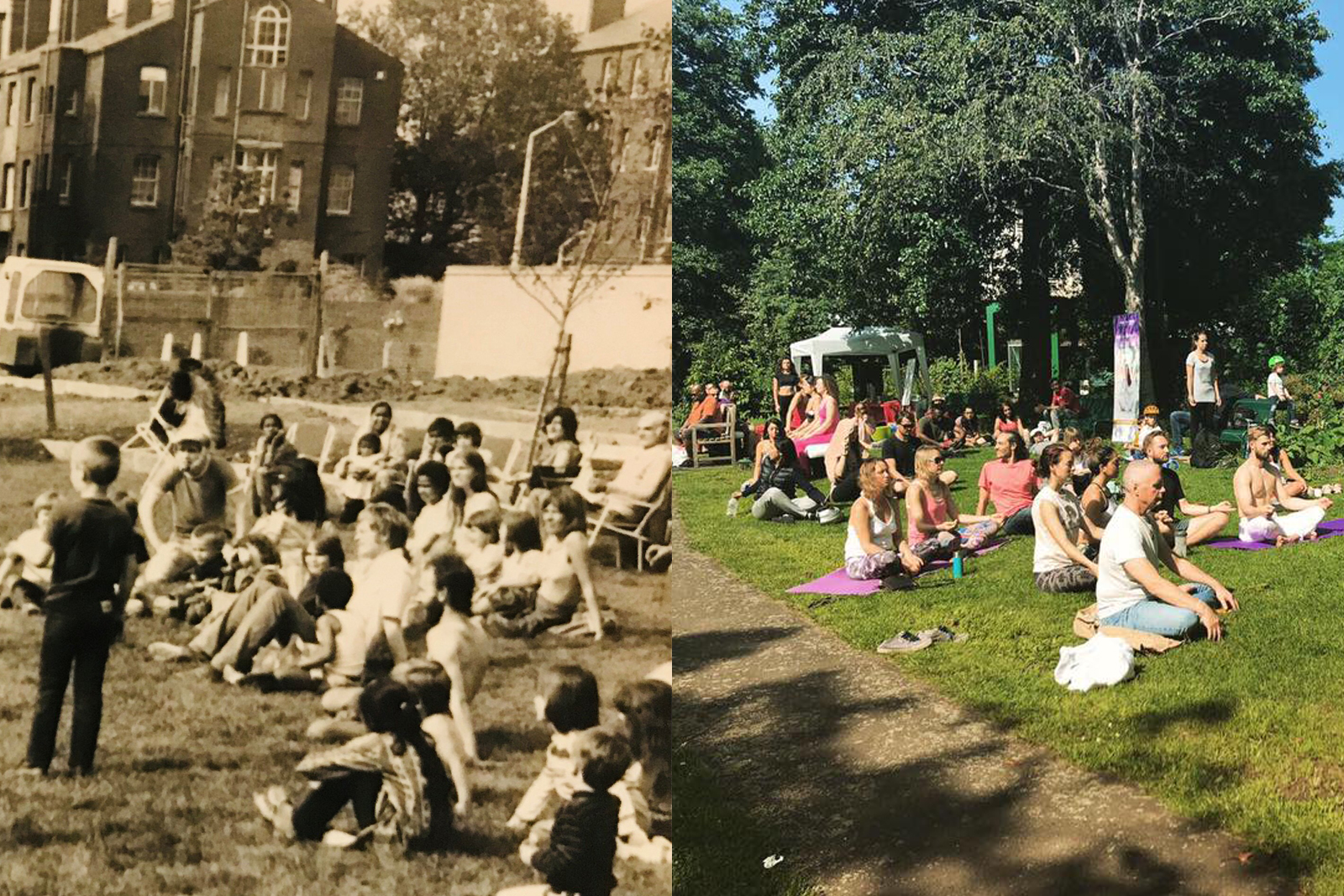 The Hoxton Trust was established in 1983 as a community development to address the physical environment of the local area. At the time, Hoxton was very unfashionable, with high levels of poverty and deprivation and a very poor quality urban realm, as evidenced in the photos below.

As well as renovating three buildings (150-156 Hoxton Street – now the Pie and Mash shop, the tattooist and The Hoxton Trust office), there was a piece of land next to number 156, where a row of shops used to be which had stood derelict for over 30 years. This was landscaped and turned into a community Garden. This is still known as the Hoxton Trust Community Garden.

Our distinctive clock tower is a unique feature of the garden. It was taken from the Eastern Fever Hospital which was being demolished to make way for the Homerton University Hospital in 1982. The Eastern Fever Hospital was one of England’s first ‘state funded’ hospitals, commissioned by the Metropolitan Asylum Board designed by architects Messrs John Giles and Biven and built between 1869 and 1871.

The cupola is constructed of wood in a baroque style, with a deeply projecting curved eaves cornice and louvered panels. Each of the four sides has a clock face; black with Roman numerals in gold. A weather vane sits on top. The builder is unknown, and it is possible the cupola is much older than the building from whence it came, possibly late-17th century.